Is there any interest within TeraCube to make an official image for the TeraCube based upon /e/OS, similar to how FairPhone have aligned themselves with /e/ and now offer that ROM as an option for those who wish to have less Google in their devices.

Your data is YOUR data! We build desirable, open source, privacy-enabled smartphone operating systems. We are /e/ Download and TRY! Buy an /e/ Smartphone! Your smartphone is harvesting your data all day long, capturing with great...

We had not heard about them. Thank you for the info. Something to keep on our radar as we move ahead.

Could you please provide the codename for the TeraCube 1? I am creating a request for /e/ OS support on their forums and that is requested information. I gather it is Teracube_One from what I extracted from the ROM, but I could very well be wrong. 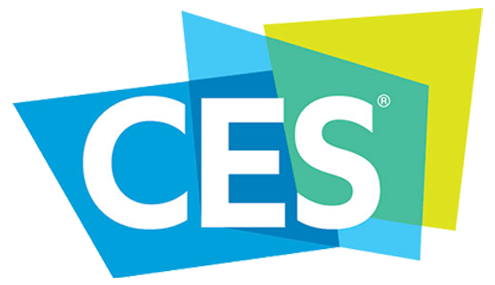 Please note: Teracube_One codename is the value extracted from the ROM under: /TeraCube_SW06/META-INF/com/android and may not be correct. All supported Android versions: Android 9.0 (current), Android 10.0 (Upcoming) on what other ROM is...

It is indeed Teracube_One. Thanks for pursuing /e/ OS.

Do you have a repository of the kernel source available? I gather that is quite critical for proper and sustainable ROM development. I’d like to add that info into the post I have on the /e/ Foundation community.

Im currently trying to execute porting sailfish os to the device as well. In theory since the capability to have lineage os im assuming the way to port sailfish os would be pretty much identical to the way sailfish os is ported to oneplus devices

There is no realistic timeline for confirming if it will be successful. As i have a 50 hr a week job and a family so its just a hobby in my spare time. Im quite confident though that it can be pulled off probably identical to the way it is done on like a oneplus 6t

Thanks @Smithic209 @Saijin_Naib for working on this! I really appreciate it. I’d love to be able to run Lineage/e/etc. on my Teracube. I had Lineage on my last phone and loved it. Maybe Teracube could become the first US company to offer de-Googled Lineage (or /e/) preinstalled!

Exploring this further - do you think there is an audience for no-google phones? How would the apps be installed without play store? Or only use FOSS apps?

I’m not sure about the audience, honestly, since so few people are even aware it’s an option, and doing it is so hard. If there were people using un-Googled Android at any commercial scale, I imagine Google would also seek out ways to prevent it. So maybe it’s best to just make it an easy aftermarket option. At least in theory, there is a lot of concern out there about privacy, and so I imagine people would opt-in if doing so were relatively easy.

I actually disable Google Play Store and all Google apps even on my Teracube. Then I use the F-Droid (all open source) and Aurora (which downloads apks from Google Play, I think) stores. It’s kind of annoying on an unrooted phone, since you always need to confirm installs and upgrades, but it works (and it’s super smooth on a rooted phone).

e.foundation has a packaged approach, where they cobble together various open tools into more of an integrated OS, including integration with their own privacy-focused cloud service. The e OS has its own store (info here), which seems to combine the F-Droid and (free) Google Play repos. Since the Play Store is needed for paid apps, those aren’t an option; not sure how easy it is to get the Play Store on e.

Offering an e (and they’re soon to change the horrible name) preinstalled option is probably the easiest path to this sort of thing. I know e is looking for a US vendor. What they’re currently doing is selling refurbished Samsungs in Europe with e preinstalled, but it’d be interesting if Teracube became the first US partner!

Not to give you more to do, when you’re already doing so much!

There’s an app on F-Droid called Aurora Store (generally the aurora project apps are good) that can install apps from Google play by grabbing their apks. It manages updates as well

CAF projects are fun and usually run well however I do not know if we can achieve something similar with Mediatek chips.

The mobile operating system /e/ on Teracube? Honestly, it would be the equivalent of Christmas all the time! Thank you for your digital creativity!

Did I understand correctly in the Android 10 announcement that you’ve secured kernel source and the porting can begin? If so is there a github you can link us to? I’m largely worthless but owe a great debt to the open source community and would love to use this at least as an attempt to contribute - to ubports in particular, my back up phone is an ancient bq aquarius that is still amazingly running current versions of ubuntu touch because of their efforts.

Yes - that’s true. We are figuring out what portions of the code can be made open source to kickstart custom ROM development. Stay tuned.

New member, so I’ve only just seen this. But yes, I would certainly be interested in a non-google phone!

As a factory option (OK, I realise that complicates production & logistics), or even a manufacturer approved ROM image I could flash myself, it would remove some of the uncertainty and hassle of following this path.

I’ve just pre-ordered three (2 + 1) teracube 2e and I would really like to be able to install Lineage (or whatever de-googled ROM). Just wanted to highlight that originally I originally had to order 6 units, but my privacy-concerned friends did not find infos about a de-googled ROM for the device and decided not to purchase.

Take into account that a lot of oneplus/fairphone users buy them specifically because shipped with de-googled ROMs. Considering Teracube’s prices, quality and commitment for the environment, you could definitely attract a wide audience!

That being said, the unofficial GSI-based /e/ ROM works decently with the Teracube One, at least.

We have plan to support custom ROM and GSI dev/usage. In particular lineage+microG for the privacy-focused users. We are also having early talks with the /e/ team. However, we are still in a very preliminary stage and we certainly don’t want to drive the hype and not able to deliver. As you can imagine, our team has a lot on our plates and we don’t want to spread ourselves too thin.

Here are somethings that we will most likely get done with additional stretch goals from the OS support perspective:

Thanks for continuing to explore this. Given how hard it is to flash for ordinary users even for Lineage-supported devices, it would be great to have a company out there that actively supports and encourages privacy-focused alternatives.

Teracube uses Mediatek SoC, which is problematic when it comes to custom modifications and source code availability. Although there are GSI roms available for Mediatek phones, they are not as stable and complete, and it’s harder to develop for Mediatek due to frequent lack of (SoC manufacturer-updated) kernel source, up-to-date drivers aligned with future Android versions, and Mediatek Android modifications.

Judging by the specs and information (or more lack of it) on the website, I assume that Teracube hardware is created and manufactured by an ODM manufacturer, which most likely means that the software is also created and supported by them (@Sharad, please correct me if I’m wrong). Chinese are known to depreciatingly write custom per-model software, which hardens upstreaming and unification.

I hope I’m all wrong here, but I guess /e/ won’t even accept the proposition to make an OS for Mediatek device, let alone with closed/missing sources. As far as I know, no official LineageOS exist for any phone based on Mediatek SoC, for example.

For me, alternative ROMs are not (only) about de-googling, but mostly about long-term software support. My mom uses OnePlus One from 2014, which was released with Android 4.4, but it’s still, 7 years later officially supported by LineageOS and capable of running LOS 17.1 based on Android 10.